Introducing the new 2013 Toyota Corolla. Starting at $16,230, the Corolla has new features and a new design. 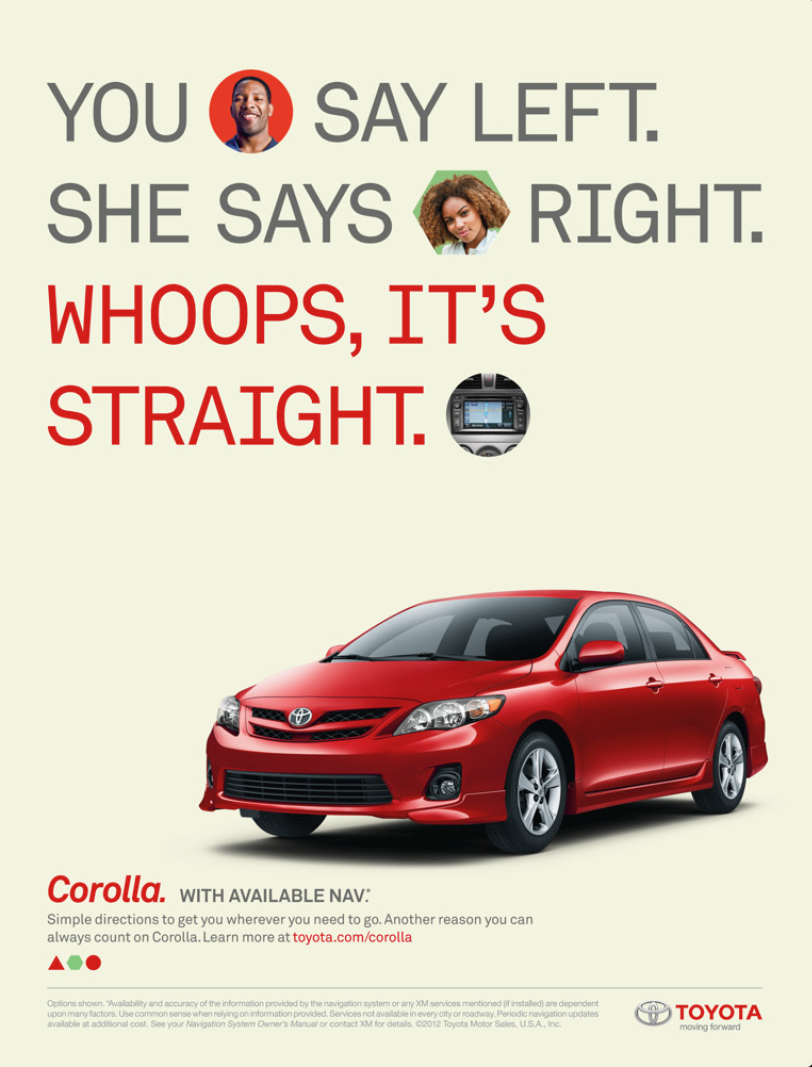 This advertisement, found in the October 2012 issue of Essence magazine, highlights the available navigation system option. It plays on the age-old debate between genders. Who gives better directions: men or women? With the navigation system, the 2013 Corolla will provide you with “simple directions to get you wherever you need to go”. And did you check out the two-tone twistout in the second line of text?

Most impressive of all, in my opinion, is the Entune system option. The Entune system is an in-car display that offers you convenient access to apps or websites like Bing, IHeartRadio, MovieTickets.com, OpenTable®and Pandora®; real-time info including traffic, weather, fuel prices, sports and stocks. It simply connects with your smartphone (as long as it’s compatible) and you can easily access information.

Like most things awesome, it comes with a price. But the first three years of service are complimentary!