If you’re a fan of the NBC series The New Normal, chances are that you saw a beautiful young actress with natural hair on one of the past episodes. Aired on October 23, “The Godparent Trap” episode starred 6 year old Sade Kimora Young as Rocky’s goddaughter, Pam. 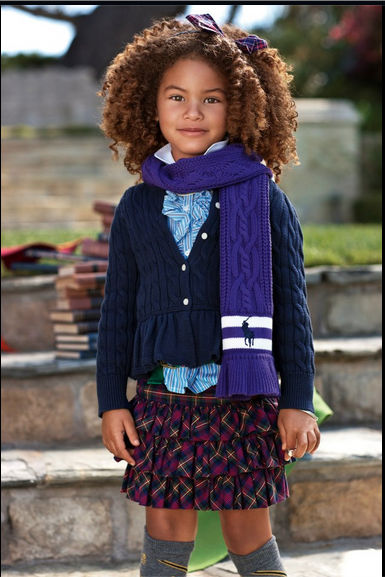 That face? those curls? Absolutely fabulous!

Before booking the role as Pam on The New Normal, Sade has appeared in numerous print advertisements and commercials.  The image above is from her 2012 Ralph Lauren campaign. 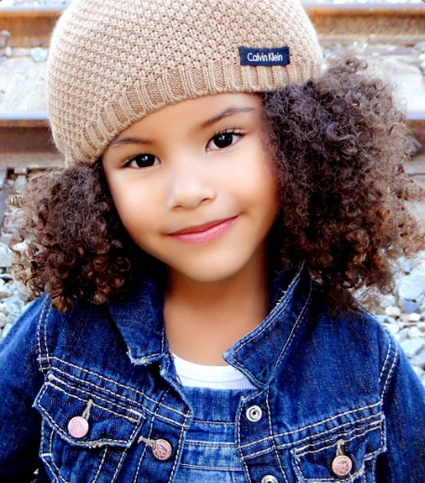 Six year old Sade Kimora Young was born on January 5th, 2006 in Southern California. The African-American and Latin beauty began her acting & modeling career at the tender age of three years old. She has since appeared in numerous television commercials, national print ads, and on various Disney, Mattel, and MGA toy boxes.

With the face of an angel, and hair to go with it, she continues to grab the attention of top casting directors and producers. She has also had the opportunity to work on ABC’s #1 hit comedy “Modern Family” and has since shared camera time with “Project Runways” Heidi Klum.

She is a sweet, fun loving, charismatic child. When Sade is not spending time in front of the camera she enjoys dancing, bike ridng, ice skating, and playing the piano. She also enjoys memorizing the lines to her favorite commercials and practicing the latest dance moves to her favorite Disney show “Shake It Up”.

2 thoughts on “Sade Kimora Young is Natural and Fabulous!”